Based on 173 customer reviews Spreetail is rated 1.0 out of 5 stars. They have been selling on Walmart Marketplace since 2016.

Spreetail cancellations, returns and exchanges policy, estimated shipping times, and shipping information might be available by contacting Spreetail. Their contact information including business name, phone number, address and email are unavailable. If a seller is not responding to customer service, returns, refunds and other issues contact Walmart.com 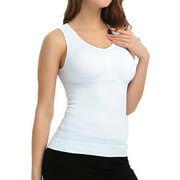 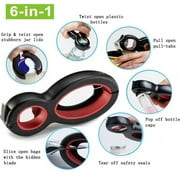 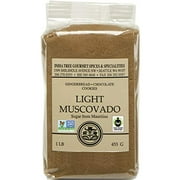 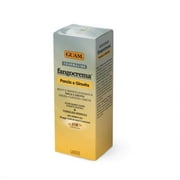 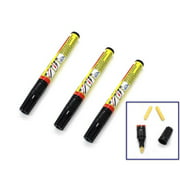 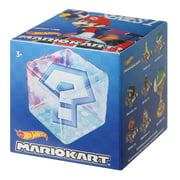 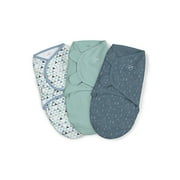 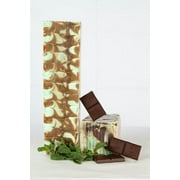 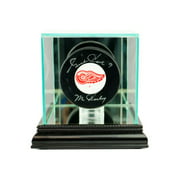 Spreetail buys things from Walmart at a low price and resells the product on WALMART'S website for a much higher price. They're taking advantage of the pandemic big time. This is WRONG, I hope they get stuck with a lot of inventory after things normalize.

I would not buy from this outfit EVER! Walmart said they had it. That was a lie! They said they have such a good return policy, that was a lie also! I wish I could give a negative rating but they don't have it.

I purchased an item from Spreetail as an outside seller through Walmart with the expectation that Walmart will support its customers as they do with items purchased directly from Walmart. Apparently that is not the case. WHY is Walmart allowing a seller like Spreetail to continue to operate under Walmart's business name when the seller consistently gets ONE-STAR reviews? I was sold a defective inflatable kayak. A kayak is not a pair of shoes!!! You need time to use it and evaluate whether the item works. A 30-day return policy is ridiculous for such an item. Two out of the three valves to inflate the kayak are defective. Therefore, after inflating the kayak, air comes back out. I tried to research and remedy the situation on my own. Thinking perhaps I was doing something incorrectly when inflating. NOPE! The product is defective!! That was my mistake in trying to not automatically return it which I should have done! When I contacted the company is was EIGHT days past the 30 days and they said "too bad"! Yes, we sold you a $220 defective kayak, but it is past 30 days since it was delivered. Therefore, we don't have to do anything to correct our thievery of your money!! SHAME ON WALMART for allowing this to take place. Based on the reviews this is a common theme with the seller Spreetail. Walmart, why are you not taking responsibility for allowing a fraudulent seller to conduct business under your name? Spreetail is obviously a substandard, scam company. But I expect better from Walmart! Sam Walton would be mortified at the way Walmart treats its customers today!! It is all about making the money and nothing about customer satisfaction.

Didn’t send me anything that looked like what I ordered. I was refunded but they won’t refund me for shipping! Do not buy from them!!

Terrible company… they sent the wrong product, avoided all my attempts to contact them and now it’s too late to get my money back. This was definitely intentional!!

Took order and billed and gave delivery date. Said they had product. They did not. Cancelled order, refused to back order. Refused to transfer to supervisor or provide corporate contact number and name. Issuing refund. Still listing unit they have no stock for on Amazon 2 days after they took my order. Reputation should be “0”. Do not do business with.

No customer service 30 days no return auto bot responses so I bought some speakers got them in 2 days 1 was blown had return got another set very fast maybe 6 days they claimed it was a warranty claim 33 days later they both blow a d should not have they said I can't do shit call walmart walmart says contact spreetail after this after about 4 emails of arguing walmart calls me said was issuing a return they did not I found put a week later so I messaged again they acted like they was gna finally get me a rma nope ur purchase is more than I got a hold of rockford 30 days pretty much foff. I got hold of fosgate and 2 weeks later spree tail sends me a message and said that only 1 warranty claim is allowed with the 1 year warranty huh it's 1 year not 1 time so we argued about it for 6 emails they replaced them this time the speaker quality is 100% better I think the 1st 2 sets were counterfeit this last pair is not they r real I will not buy another thing from them steer clear

I’d give zero if I could!if you bought from them, and they sold you broken items, never shipped or whatever other shady thing they did, let them know you’ll be contacting you state attorney general. Avoid this seller! I purchased 2 shark robot vacuums from spreetail through Walmart (I didn’t initially realize it was spreetail) as Christmas gifts for my kids. I was about to wrap them and decided to open them and make sure they worked. Neither works, and I contacted spreetail, their reply was I could order the parts from shark and fix them myself. They refused to do a return initially, until I emailed them back and told them I’d be filing a dispute with capital one and filing a complaint with my state attorney general. They changed their tune and offered me a refund, but I’d have to pay to ship it back (yeah not happening) and wait until they received the package (like I believe they’d be honest) and then 3 days after they received the item, they would issue the refund. I emailed them back and told them no way, I’ll return their box of junk, but I want it in writing that the refund will be issued as soon as I email them and Walmart the video proof that I boxed up their junk, sealed the box, added their shipping label and handed it over to Fedex. Whether or not they receive the items from that point is between them, God and fedex. I told them I had no reason to believe they wouldn’t simply just deny receiving the broken vacuums, attempt to keep my money, and resell them to the next unsuspecting customer. Do not just let them steal your money with shady business practices, contact your card company, and state attorney generals office. Watch how quick stealtail starts issuing refunds!!

Horrendous customer service, incompetent employees (especially Customer "no -service" jerks). Avoid the at all costs either for direct sales or as a fulfillment source for Amazon). The absolute worst supplier I have run into in over 9 years of shopping on Amazon.

Ordered a Curt echo brake controller on 7/17/21 from Walmart and received the order from Spreetail the day before I picked up my new camper, about a week later. The RV salesman helped me set it up and while doing so we noticed that the setup card had a different pin number than the one on the controller. After trying the first one, which didn’t work we tried the other and it was able to sync with the app.

We took the trailer home and there it sat until our first trip on Sept. 14 from Florida to Massachusetts and back (18 days). During the trip the trailer brakes began operating sporadically and ultimately kept locking up at the slightest touch of the brake pedal. I contacted Spreetail via email on 9/29 explaining the problem and they replied that I should contact the manufacturer. I spent an hour on the phone with Curt tech support and the end conclusion, after finding out that the pin numbers did not match from the original package, was that I had been sold a returned and defective controller, do not use it any further, and that Spreetail/Walmart should replace it.

I called Spreetail customer service and the woman I spoke to was very nice and said that she would process a return authorization and as soon as they received the old one they would send me out a new one and I would get an email verification within several hours. After not receiving the authorization, the next day I again called customer service and was not so nicely informed by a different woman that the authorization was declined because the sale was over 30 days old. I tried to explain to her that this was in fact the first time we had the opportunity to actually use the product and that we were now driving without any trailer brakes her response was they would not replace it and “have a good day”.

I called back the tech at Curt and he very graciously said that although the original seller should be replacing it that he would immediately send me a new one and although it would not arrive until I got home he did his best to expedite it.

In the meantime I drove the last 1,000 miles home very carefully without any trailer brakes.

A HUGE warning to others who buy anything from Walmart that comes from Spreetail. They sent me what appears to be a previously returned and defective brake controller and refused to make it right. I will be sending this review to every review site I can including the better business bureau. So my response to the customer service rep at Spreetail, “No, there is nothing else you can help me with, Have a nice day”

Through Walmart market place got a tent Tahoe Gear Olympia 10 Person 3 Season Outdoor Camping Tent, Green and Orange/113208121 Poles broke on first use no response for refund or replacement Walmart is irresponsible for using them won't ever do Walmart online again I would give 0 stars if available

Oh how I wish I would've read reviews of this place before ordering!! We ordered an intex pool at a great price....and have not received it. No tracking numbers, no nothing.

Ordered a round bestway pool, received a rectangular intex pool. Contacted them for an exchange, they wanted me to destroy the incorrect pool and send them pictures so they could send the correct pool, but I do not trust that. Terrible customer service.

They suck! Was told to it to Walmart they will take it back. Nope they wont they tell me to contact seller. Not opened and wont take it back.

I’ve had some bad experiences online but this vendor takes the cake. I needed to return an item, so they sent me a return label. They received an item but never refunded the money. Chatted with them and they agreed to refund. I have an email that says they will send the money. Never did get the refund. Had do dispute the amount through PayPal. Somehow I lost the PayPal dispute, so no refund. They stole hundreds from me.

Horrible service!!!!!!!!!!! You can't get ahold of anybody at customer service. I bought from wal-mart NOT from spreetail. Does not deserve 1 star rating!!!

These people are terrible. They didn’t follow through on my order and charged me more than the price reflected. Costumer service was very uncaring about the situation. Sadly just not a trustworthy vendor

HORRIBLE experience with them through amazon prime. Totally useless customer service, delivery to incorrect addresses and then won't refund or replace. Seriously bad company, needs to be shut down completely because they are NOT customer oriented at all!

Falsely advertises product on Tork Cloth Towels. They advertise 5 boxes per order, totaling 400 towels. They send one box of 80. Then you have to fight with Walmart to be refunded. Worse shopping experience ever! I wish there was a zero star to give.