Based on 99 customer reviews Simply Escalia is rated 1.0 out of 5. They have been selling on Walmart Marketplace since 2019. They sell Coaster Company, Simple Relax, Crown Mark, Monarch and East West Furniture products in Home, Shop by Brand and Baby categories. 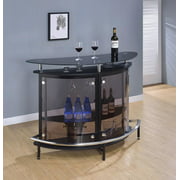 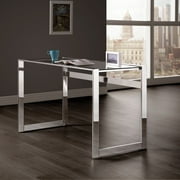 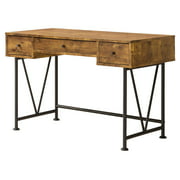 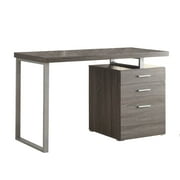 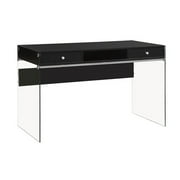 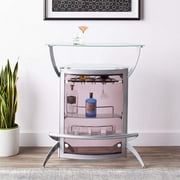 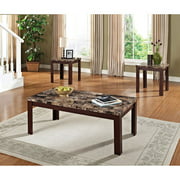 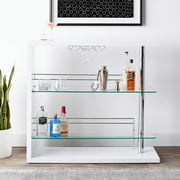 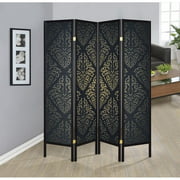 Biggest POS company. Bought a piece of furniture came with no packing supplies in box and broken. Obviously returned before. Now they want pictures before they’ll send a return label. No where does it say you have to jump through these hoops to return. Got my refund from Walmart already. Walmart did say they have to give this company 24-48 hrs to respond satisfactory to you before they can refund you. This obviously Liberal run garbage company is still trying to get pictures from me even though I got my money back. Such a joke. Walmart said give them 72 hrs to send return label then do with product what you want! Never buy from this company. Pelosi, Schummer, Nadler, Schiff, Harris and Biden probably run this place!!!!!!

I ordered a bar table from Walmart through this company, they sent me three end tables instead, then after I sent it back they sent my item broke and damage now I had been calling and everything for my replacement or refund.Definitely not a flood place to buy from!Waste of time

Why Walmart did not ban them from selling through Walmart yet? We buy product from Walmart. When Simply Escalia frauds to customers, Walmart should also take the responsibility. Wake up Walmart, otherwise Amazon will bring you down. Little advise: Do business with genuine suppliers.

Do not buy anything from them.

I purchased a chair a few months ago and after waiting several weeks it still had not arrived or even shipped. I contacted them to cancel my order and get a refund, and got some fake automated message saying they would take care of it. After replying to that message, I got the same message from them again so I knew it was fake.

To be safe, I filed a dispute with my credit card company. I guess that intimidated them because about two weeks later, the chair was sitting on my doorstep even though I didn’t want it anymore.

Since it eventually got delivered, I never got a refund and decided to just keep the awful chair since all other reviews on their return service were terrible, I knew nothing would come out of trying to return it.

It’s been sitting in the box for about a month, since I’m a college student and have been way too busy to deal with the company or the chair.

Today I finally decided to build it, and it was the worst experience I have ever had assembling a piece of furniture.

The instructions are completely wrong, everything is labeled incorrectly so there is no indication on which screws to use where. The chair took me four hours to build, and after all that, it falls apart if you lean back while sitting in it because the screws are not long enough to reach to the other side and keep the chair together.

The worst chair, the worst company, the worst customer service. Never order from them unless you want to waste $200 on a product that is not even usable.

DO NOT BUY FROM THIS SELLER!!!!!!!!!!! Table came damaged and never was able to return product because they never provided a return label and Walmart did NOTHING because it was a third party seller. GARBAGE!!!!!!!!!!!!

Simply Escalia FRAUD! I purchased a desk through the Walmart website. Desk was scratched and had two other broken pieces. Simply Escalia responded initially about a return but then stopped answering emails.

I would give negative stars and provide extreme WARNING before using this company or WALMART. This company is a fraud, when returning an item to them using FEDEX, the company did not process a refund claiming the items were returned damaged and non sellable condition. I have video evidence of the FEDEX driver loading the undamaged, in the original unopened package from my driveway carefully onto the truck. The company has provided no evidence of the item being damaged upon return. Fraudulent claim.

Same as all the above or below depending on how you list.

I hold Walmart totally responsible for allowing that kind of merchant on their site. They (Walmart) totally pissed me off the way they handle this(not).

DO NOT BUY FROM THESE CLOWNS!! They create a shipping label and will fake like they actually shipped stuff they don't have in stock. Then Amy, the grifter that lies, will put "We will trace it and reship it" on repeat in emails.

Horrible, horrible horrible, don't do it to yourself. My item arrived broken and they want me to open the package, spill glass all over my carpet and send a picture. Don't buy from them

Had I seen all these reviews before I ordered merchandise that this manufacturer made, I never would've ordered from them. They are horrible! They shipped damaged freight TWICE for the same product and then you can't get in contact with them directly to handle the return/refund. Thank goodness a Walmart Rep was able to assist me with expediting my refund because I did my part by sending back the merchandise. Definitely not a pleasant experience. I would choose to give them "0" stars.

I ordered a coffee table which arrived missing a part and after 4 weeks they have not answered or done anything.

Received a damaged table and had an extremely difficult time getting a refund. DO NOT ORDER FROM THIS STORE!

DO NOT ORDER FROM THEM. Bought a glass desk, arrived damaged in flimsy packaging, glass cracked in 3 places, unusable. Emailed pictures and requesting assistance, someone named Amy replied saying she'd be helping me and then stopped responding. That was a month ago and I've tried contacting them 4 times and found a phone number that nobody answers. Wal-Mart should not be selling items from them through their website

This company is an absolute scam. You will not receive the product after waiting multiple weeks. Then you have to wait another week just to get your money back to buy the item you wanted elsewhere. Would give zero stars if possible.

DO NOT ORDER. I Have been trying for 3 months to get a REFUND for a Item they CLAIMED was shipped but FEDEX has lost.

VERY DISAPPOINTED IN WALMART not checking their outside vendors better. They should not be allowed to sell on WALMART

I WOULD GIVE A ZERO RATING IF I COULD

DO NOT ORDER FROM THIS COMPANY. Same issue has everyone else here they don't ship the item and keep promising the will rush the item next day. Stay from this vendor it is a scam and refuses to cancel the order and give a refund, even Walmart is useless and keep saying they contacted Simply Escalia and will be resolved in 48 hours.