Based on 14 customer reviews Refurb-pcs is rated 1.0 out of 5. They have been selling on Walmart Marketplace since 2019. They sell Dell, HP, Lenovo, eN-Tech and Dell OptiPlex products in Electronics, Seasonal and Walmart for Business categories. 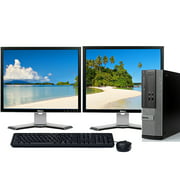 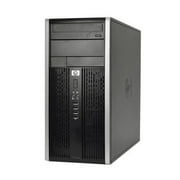 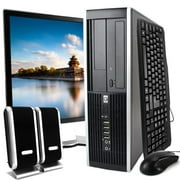 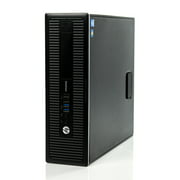 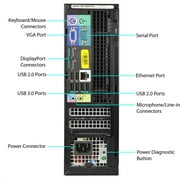 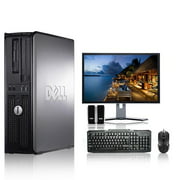 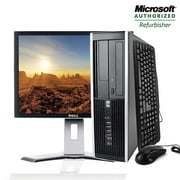 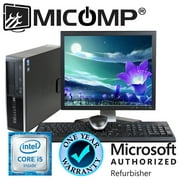 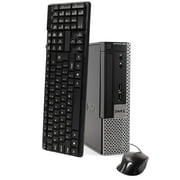 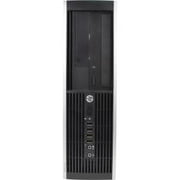 This is one of those retailers you'd Love to give less than a zero if that were possible.

Honestly Walmart ought to be ashamed of themselves for even allowing them In their marketplace.

What I ordered specifically said 19" screen, because that is what I wanted, not a diagonal measurement.

2nd: The Packing slip was a joke, my 15 year old granddaughter could have done better. The name of the company was missing, as was any contact information.

I had to look on the Fed-Ex shipping label to find the name and phone number.

3rd: They say on the packing slip that they "value" me as a customer, ask for a 5 star rating, and that they are contacted prior to "leaving negative feedback" that they'll "make every effort to ensure 100% satisfaction"

4th: So I initially called and left a voicemail, since it was after hours by the time I opened the box and to my chagrin saw this tiny thing.

5th: Called this morning and spoke with someone, that was so rude, that I had to hang up before I said something I would regret.

His English was very hard to understand, so communication may have been a factor, but when he insisted that I measure the monitor diagonally, this is the measurement I should go by. That was all I could take.

6th: I went immediately back to Walmart.com and requested a refund. I thought about a replacement for about 15 seconds, but since it would come from the same source, why bother.

In closing, I would have been okay with a Samsung, had it been the right size, even though I wanted the Dell because of the sleek look.

Don't even bother purchasing anything from this vendor!!!! He's nothing but a scammer!!! No one ever answers the phone or returns your calls. I did great research on the product I was purchasing....but never thought about checking out the vendor, Rounded Sam's. Check him out on Google!! Not good, so please stay clear from this "so called company". I already contacted Walmart, now heading over to the BBB. My one star rating in reality is a minus 100 stars!

They don’t even deserve any rating (no Stars ) a person buys for price and they say( Refurbished) BUT it’s not !! They send you back JUNK ,THE SAME JUNK you buy ,they say they will ship replacement BUT shipping is on you AND it’s expensive ! To receive JUNK back 1st tower worked for 3 weeks with plate on front NOT attached it quit working sent back shipping on my dime received 2nd one would not even START UP !! Done done junk junk

I ordered a complete desktop computer and paid$188.67 and received a computer that was falling apart I had to snap the outter frame back to the computer and there was was no cover on the second drive of the tower and the paint was all pealed off around the side and it has a smell like someone else has been using it . The aid stated new and the paper stated!#refurbished!!! And it smells like used used used!!!!! WHAT A SCAMMER SCAMMER SCAMMER IS THIS. COMPANY AND DON'T CALL THIS. COMPANY THEY WON'T ANSWER THE!!!!!PHONE!!!! U CAN NOT LEAVE A MESSAGE VOICE MAIL IS FULL!!!!!!!! I WILL BE REPORTING THESES GUYS TO BBB. I NEEDED A COMPUTER I AM A AT HOME AGENT. WORK FROM HOME

If this company is not the absolute worst, I don't know what is and they are giving Wal-Mart a bad name.

Purchased a refurbished Dell computer, complete with keyboard and mouse. 2 black cords and 1 blue cord. After hooking up, nothing works. I mean nothing, not even the mouse. Contacted Walmart who said they have contacted Rounded Sam on my behalf. Have not heard from them. So wish I would of read these reviews. Will never buy anything used from Rounded Sam. 1 star is quite generous .

Computer came without the wireless keyboard and mouse and no Webcam, contacted Rounded Sam and they sent out but was wired also the Computer sent wasn't what I ordered half the ram ,quarter of the size HD, the WiFi card didn't work with Windows 10, I will never buy from Rounded Sam again

I ordered a Refurbished HP 8300-SFF the PC I got was an HP ProDesk 600. Purchased to replace the wife's computer and match the one I use. I thought I would try the PC even though it wasn't the model I expected, but it would not boot. Returned for a refund same day as received.

I just returned the package

Ordered a desktop and it didn't come with the keyboard. This is a terrible company

Computer significantly different than as depicted. Wifi card did not come, supposed to ship 48 hours later, two weeks after getting the computer, no wifi. I bought 2 of these. Neither Wifi has come. So, I went out and spent $110 more dollars on wifi adapters. The computer came with a nice keyboard but a cruddy ball mouse. The other came with a filthy dirty piece of garbage keyboard, but an optical mouse. 4 less usb ports than as depicted. Cat5 hook up does not work. Depiction shows 2nd VGA hook up, came with only 1. Caveat Emptor.

I purchased an refurbished Dell Optiplex desktop computer. Listed with WiFi. Item arrived packaged very well. Took item out of box and found monitor very scratched up. When attempting to use monitor it continues to turn off an on on its own. Using cheap WiFi adapter that was provided. Computer will not connect to open or secure networks. This computer i received is JUNK!

Bought HP 8200 Black refurbished that came with bad bearing in hard drive. Computer worked for 6 weeks and would not go on line.

Tried to contact Rounded Sam and Walmart to no avail. Would not deal with either again.