Based on 30 customer reviews Little Red Lion INC is rated 1.3 out of 5 stars. They have been selling on Walmart Marketplace since 2016.

Little Red Lion INC cancellations, returns and exchanges policy, estimated shipping times, and shipping information might be available by contacting Little Red Lion INC. Their contact information including business name, phone number, address and email are unavailable. If a seller is not responding to customer service, returns, refunds and other issues contact Walmart.com 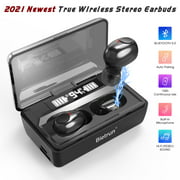 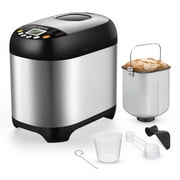 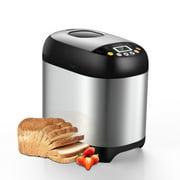 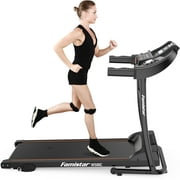 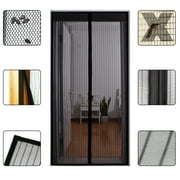 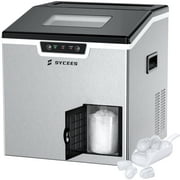 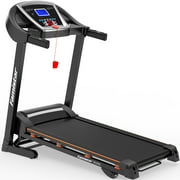 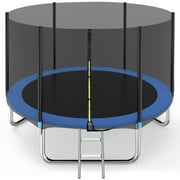 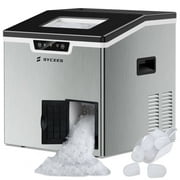 Total ripoff. Ive contacted seller about broken board and missing parts with no answer. Contacted wallmart twice and still no answer. Wallmart shouldn't do buisness with this shady ass company

Terrible customer service. Bought a Famistar Stand Up Paddle Board. The board was actually really nice, but the pump did not work at all. As soon as there was any resistance, it was useless. Had to use a friend's pump. Also the "carrying case" is a joke. So, I initiated a return and they asked me to re-inflate and make a video so they could tell me what I am doing wrong. Seriously? That would take about an hour.

Bought a treadmill and it was delivered damaged so I tried to return it back to Walmart for a exchange and they refused .and I needed to contact the seller which didn't know it was a 3rd party type of thing. And I'm

running around to give me a refund.they started ignoring email. And they never answer their phone when you call. Horrible customer service so DO NOT ORDER FROM THIS COMPANY

DO NOT BUY FROM THIS SELLER!

Bought a treadmill and it was delivered damaged so I tried to return it back to Walmart for a exchange and nope they couldn't scan the brocade and I needed to contact the seller which didn't know it was a 3rd party type of thing. And we'll now I keep getting a run around and now they won't give me a refund. Oh and they take forever to even respond to email. And they never answer their phone when you call. Horrible customer service so do not order from this company

I bought a bike...it arrived a week late and with a damaged bent based, stained seat and ripped handle bars....I've been trying to get either a replacement or a scheduled pick up of the item but the company keeps giving me the runaround and only response to my email once a day with no indication of weather or not they will issue me a new bike. Their initial solution was that I literally find tools around my house to hammer the metal piece back in to place, of which not only did I think it was inappropriate for an number of safety and liability reason, but I nor anyone should have to go through that alternative- shows a poor customer management and ethic this company has for clients. Now I have to deal with the issue of having to find a way to transport a 90lb bike to a Walmart location which is pretty foul on the account that I don't have transportation means and its not right that because of other peoples negligence in delivering the item i have to find other means to get this damage item back to them when they could easily have FedEx pick up the damage box that they initially delivered to my doorsteps.

Horrible company no way I will order from this seller has scam wrote all over. I received CPR masks with my mattress tracking number on them. Couldn't give me tracking number for actual matress no way to directly/immediate get A hold of their "Upper Management". Wal-Mart was willing to work with me and get me refund and said I could try again..... Why put myself through this stress again. If there was time for 0 stars this is it. Glad Wal-Mart is also escalating investigations to this seller/supplier.

This is the Worst want to be company in the world. They make Returns impossible. Customer Service is Stupid. It sounds like they are running a business from home. You can hear kids yelling in the background. The man on the phone tries to act stupid like he doesn't understand so you will get tired of dealing with him so you will hang up. He kept telling me to send pictures. I called a few more times but he would not pick up the phone. I order a treadmill. When I got it coffee was spilled all over it. The pack of screws had been open. We packed it up and wanted to return it. Walmart immediately sent a barcode to take it to FED X to send it back. The problem was no Fed X could scan the barcode to make a label. The nearest FED X that could make a label was 3 hours away. So I called the company to email a label to me. that is when I got a constant runaround from customer service. If you are smart NEVER EVER ORDER FROM THIS COMPANY. i thought I was ordering from Walmart. I would NEVER ORDER FROM A 3RD PARTER DUMP LIKE THIS ONE. I finally was able to send this piece of junk back when I went to visit my daughter 7 hours away. Two weeks later a Fed X truck pulled up to my house to bring back the same Treadmill that I had returned. I refused the delivery. I am speaking to a lawyer to see what legal means I have. I contacted Walmart again and told them everything. they gave me my money back. But I wanted to let everyone know this is an awful scam. They will take your money and run. Read the reviews. I wish I had and I would have NEVER wasted my time on this piece of JUNK!!!!!!!!!!!!!!!!!!!!!!!!!!!!!!!!!!!!!!!!!!!!!!!!!!!!!!!!!!!!!!!!!

I purchased a treadmill back in June of this year. After my purchase, I realized that the max speed is only 6.2MPH, this is too slow for me. I immediately contacted the company asking to cancel. I purchased this item on a Saturday, the expected arrival was in about 2 weeks. The product arrived at my house on the following TUESDAY. THE COMPANY SAW THAT I WANTED TO CANCEL AND SHIPPED IT OUT AS FAST AS THEY COULD SO THEY "DIDN'T SEE THE EMAIL IN TIME" TO CANCEL. I continued to send them emails asking for a return, but after weeks I never received a reply. After a month I filed a dispute with my credit card company and started the process, 2 months later I finally get an email stating that they did not see any billing error. I replied saying "This dispute is not about a billing error, it's about a company that did me wrong by never canceling my item, or returning by never responding to all the emails I sent". A week later I received a refund of $600, but it was not final. The company still had time to reply to return the $600 back. 3 weeks later the $600 was again taken back from me because they finally replied.

I then again emailed the company asking them to make things right by letting me return this product to receive a full refund, did they finally actually reply back to me? No, they did not. In the 36 years of my life, this is THE MOST POS company I've ever had to deal with, and I feel scammed by Red Lion, and Walmart. I looked into how much it would cost to sue and it, unfortunately, would cost more in court cost than anything.

My best advice is to just stay away from this company as there is no support even if you kept the product and had a question. STAY AWAY AT ALL COST!

When I received the treadmill it was used. We packed it up and tried to return it to a FedEx store but they would not take it without label. Have called Little Red Lion twice and keep getting the run around. They are horrible to deal with. Twice I have been told that I would receive a return label and twice I have been give the run around. Never ever order from this INC. The merchandise was nothing like what was displayed.

Horrible. I bought a treadmill and it only lasted 2 weeks. I keep getting the runaround between filing a claim with Walmart and the manufacturer.

Have been trying to cancel an order for over a week now. I have emailed the seller 3 times.......no response and have since contacted Walmart directly to make them aware of my problem and THEY have emailed the seller 2 times and still no response. There is no movement on my order bar since I placed the order but my concern is that they will ship it and charge me ,even though I can refuse package....getting the refund is my concern.Walmart said they would intervene if that happens.

Items were defective upon arrival with the right side not working and volume very low, despite charging several times and syncing to all of my devices. It also would cut in and out when listening to something.

Hopefully I made some progress with the person I talked to today because since Dec.5th. I have had nothing but the run around and today is Dec. 17th. Please don't let me down like the others keep to your word

Customer Service sucks! They can't seem to make up their minds about the if it is in stock or not then they just make any excuse to get you off the phone. And also when calling expect to be on hold for 2 minutes and 8 seconds then phone hangs up. Then when you finally get to talk to someone excuse after excuse. ALL I WANTED WAS MY ITEM!

Customer Service sucks! They can't seem to make up their minds about the if it is in stock or not then they just make any excuse to get you off the phone. And also when calling expect to be on hold for 2 minutes and 8 seconds then phone hangs up. Then when you finally get to talk to someone excuse after excuse. ALL I WANTED WAS MY ITEM! They don't deserve a star from me because they can't even fullfill a request. But in order to send this one star has to be given.