Based on 34 customer reviews Barley Grains LLC is rated 1.3 out of 5 stars. They have been selling on Walmart Marketplace since 2018.

Barley Grains LLC cancellations, returns and exchanges policy, estimated shipping times, and shipping information might be available by contacting Barley Grains LLC. Their contact information including business name, phone number, address and email are unavailable. If a seller is not responding to customer service, returns, refunds and other issues contact Walmart.com 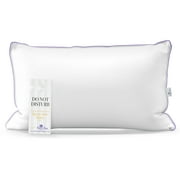 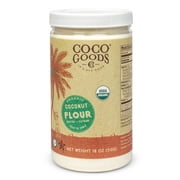 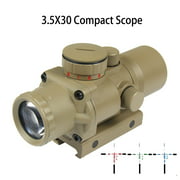 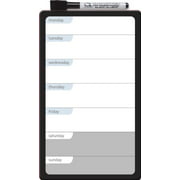 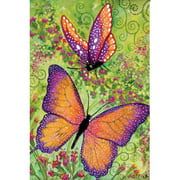 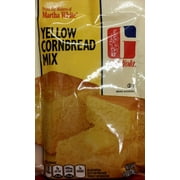 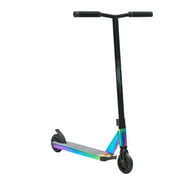 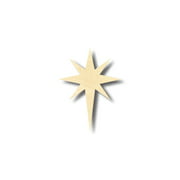 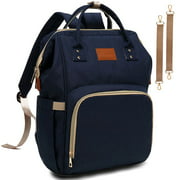 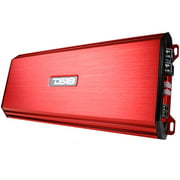 VERY UNHAPPY WITH THIS purchased a 12x20 ADVANCED OUTDOOR CARPORT FROM WALMART.COM ON JULY 19, RECEIVED JULY 23 AND PUT IT UP NEXT DAY AND THEN HAD WIND/RAIN , STORM BLEW IT OVER AND DAMAGED BEYOND REPAIR OR RETURN , I WOULD NOT RECOMMEND THIS PRODUCD TO ANYONE. UNHAPPY CUSTOMER, STILL WAITING FOR REFUND.

If I could give 0 stars I would. They will not give my money back. 2 months now. Broken product. Dangerous and a serious hazard. They want to send replacement parts but the replacement parts wont make it stand up! If u breathe it collapses. I am talking to Walmart to get my money back with or without "BARLEY GRAINS LLC" should be shut down. Absolutely a nightmare product/company.

Bought a 20x 10 garage tent that is damaged because the anchors didn't keep it place. At least 2 ore more poles bent out of shape . Want my money back! Not returning for the inconvenience of your product falling apart. Was told I would get my money back. Wind no more than 20 to 30 mph for heavens sake. Totally disappointed! Order #9332248611969. You were supposed to contact me! This purchase not satisfactory at all.

Purchased a porch swing and had put together. Went to lock the backrest and found pin was bent and broken. Have been in touch with Walmart and the company who makes it. All I have gotten is the run around. I feel like either company seems to care about the customers they sell to!

Bought a tent, windows ripped in one day had to take it down. No response from company or walmart

I purchased a 10 x20 party tent for my daughter gender reveal event.it was a 6 wall panel tent 2 of the wall panels windows was manufacturer up side down and I cannot use the 2 panels.. I reached out to Walmart about the panels and they reached out to the manufacturer and it now have been three weeks since I have heard anything from both companies. All that I ask is to have the two panels replaced with the correct design.and just call it a day.. I wish that I would have looked into the reviews before I made this purchased .. I love the tent it’s was great for the event I just wish that I could have used all of the walls..

This company wasted a lot of my time. I paid, then these dumbshits said they couldn't send to my address. They only ship to the lower 48--as if Hawaii isn't in the fucking United States. #@¢& these idiots...

We are still waiting for a refund almost 2 months after a request to return even within the BBB complaint process. They do not stand behind their products, despite the advertised return policy of Barley Grains and Walmart. Walmart.com (HQ in San Bruno, CA) is not Walmart (HQ'd in Arkansas).. you'll learn that if you try to return a product. Caveat emptor

Purchased a Tatago Queen Platform with headboard access. It arrived in a timely fashion and I was pleased. Things went downhill from there. The included (inside the box) hardware kit had one wrongly numbered bolt set. I called Tatago, but could not get through, so I found an email listing and emailed them. One worker, apparently an overnight person, emailed an apology overnight and said he'd look into the problem. The next night, he said he would have them send the correct kit. Several days later, that kit arrived, but it had the same wrongly numbered bolt set included! I went through the same email contact and, while waiting, received a phone call of attempted help from a different person, but nothing. I emailed two more times and FINALLY got a helpful response... the kit was wrongly numbered by the company and would work as originally sent. Completely frustrated, we went another route.

Meanwhile, Walmart, when I contacted them in the middle of all this, kindly refunded my money! All this wasted time while our new mattress (from another company) sat rolled up in a box for twelve days (not the best thing to do)!

I believe this 16" attack heavy duty bed frame is good but came with no instructions. I was going to purchase a twin and full size as well but I'm hesitant now because this should never happen. Will look for other options.

Terrible vendor. Sells a product then never delivers and never responds, apparently in hope that some will either forget or give up. I've asked for Walmart to remove them from their vendors.

Was very dissappointed when my tent was to arrive on Thursday {per advertised} and delivery changed to Saturday sometime between the order date and Friday morning. But looking over the reviews; noticing they produce poor products and don't reimburse. I've realized that their lack of good business practice has allowed me to cancel my order before it finally decides to arrive. I might be frantically looking for the product somewhere else now but at least I'll know that it's going to work as expected or I'll receive my money back.

A BIG FAT 0 STARS for this company. I purchase the Quictent tent for my truck and the pole holder was put on upside down. I purchased in April not camping until now open it to find this. Called Walmart got the run around from them contacted these people and they sent me nice email on NO REFUND, CAN YOU SEND PICTURES for us for quality control to fix the problem with assembly, can you just resew it we MIGHT give you $20 gift card for that!!!169.98 dollars i saved for this product and now they want me to do all the fixing and just eat that $$. I am a over 50 woman with limited use of 1 hand and they want me to work for them and i pay them to do their work!!! THIS COMPANY DOES NOT STAND BEHIND ITS PRODUCTS PLEASE I BED YOU DO NOT EVER PURCHASE FROM THIS COMPANY!!!!

this company is a complete SCAM. Avoid purchasing from them at all costs. I purchased a 15FT trampoline and instead they sent an 8FT trampoline. They offered to replace for the $ difference once I got the refund from Walmart. I did go through the hassle of packing everything up and driving the 2 huge boxes to Fedex on their printed label. Once they items were on their way, they wrote to me saying that because Walmart deducted the money from them, they would not honor the agreement we had. This is illegal and unethical but they don't care.

I bought your Tatago Ottoman with steel Mesh wire , said to hold 500lb. The mesh sinks under the main cushion where your back and torso would go’s while sleeping . This does not hold a person over more than 250 lb. it should have a cross brace to support the main seat , so it does not sink in . It would have been nice if the screws didn’t have to be re-tightened regularly . A young child standing on this would cause the wire mesh to bend , A Cross brace would go a long way , or a stronger gauge of wire mesh in the middle . I feel let down . But good try

Ordered my wife a greenhouse and it was to be delivered on 04/09/2021. That date arrived and it was never shipped. I will avoid them like the Black Plaque.

I ordered 2 electrical scooters for our kids from them. One is not working. I have trying to contact them since after Christmas. As of now, they won’t give me info to exchange it. They are slow to respond and simply tell me to check the light or reset it. It’s NOT working. I just want to exchange it!

I purchased a Seat Folding Electric Scooter with Removable Seat for Kids ages 6-12 on the Walmart.com website for my daughter for a Christmas gift. I purchased the scooter at the end of November to make sure the scooter arrived on time due to all the madness with 2020 delivery carriers. We assembled the scooter as instructed and when she rode the scooter for the first time on Christmas morning there was a noise coming from the rear wheel and when we closely looked there was something scrubbing and wearing down the back wheel. So I decided to return to Walmart for a refund to find out that the return date had expired and they would not take the scooter back. I contacted the seller Barley Grains LLC to return the scooter and get a new one by this process is taking too long. I am in contact with customer service but we have been going back and forth for over a week on a resolution. My daughter has not been able to enjoy the one thing she wanted the most for Christmas and I’m am totally disappointed with Walmart & Barley for such poor quality products and service. If only I would have read all these poor reviews from dissatisfied customers I would have not purchased anything from this seller.