Based on 308 customer reviews 3DeKor LLC is rated 1.0 out of 5 stars. They have been selling on Walmart Marketplace since 2016.

3DeKor LLC cancellations, returns and exchanges policy, estimated shipping times, and shipping information might be available by contacting 3DeKor LLC. Their contact information including business name, phone number, address and email are unavailable. If a seller is not responding to customer service, returns, refunds and other issues contact Walmart.com 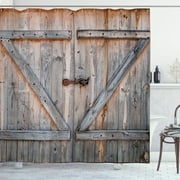 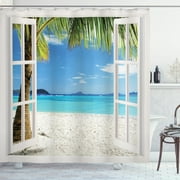 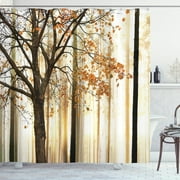 Autumn Shower Curtain, Picture of a Lonely Tree with Orange Leaves on an... 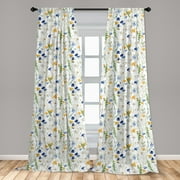 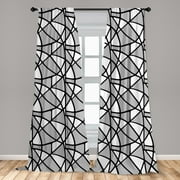 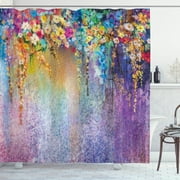 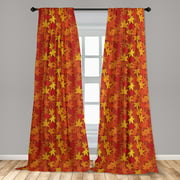 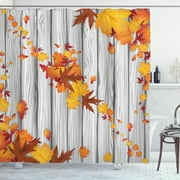 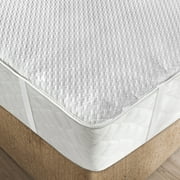 This company is a joke. Walmart and I have both contacted the seller about my incomplete order and they aren’t responding. It’s been 3 months! Beware of this seller!

Horrible company. Took 4 weeks to get pug curtains I ordered. Quality was horrible so I returned them. Tracking kept showing delivery couldn't be made. When they finally got it back I waited for my refund and never got it. Called walmart TWICE and they said they contacted the company. Its been a month since they got my return and still no refund in sight. Don't waste your time and money for this company

I guess I can say I was a little luckier or maybe they have cleaned up their act by now. However, I did get my order late and part of it was incomplete. I am playing the waiting game now and hoping I get the remainder of my order. My review may change to a little less positive if I don't, stay tuned.

Ordered a headboard on June 20. Never received product, it was never shipped. They never responded to order status inquiries or any other correspondence.

Worst company! Tried contacting. No reply. Order was not complete!! It's nothing but a rip off!

Had ordered a bedding, had it sent to my granddaughter. All she received was a fitted sheet and a pillow case. On the ad it also included cover, did not receive.sent email to company and walmart, received no reply. Do not recommend using this vendor

The quality of these placemats is awful. Very thin, stitching not done nicely. Single ply, not even any backing on these, they are just about see-through. I don’t think they’d even protect my table. For the price I paid I expected better.

Horrible return policy too. I received it today and I have until tomorrow to process a return. Then I have til the next day to get to the post office to ship it. Good thing I opened it already, geez.

There is no way it should take 17 days to get a package from Massachusetts to Syracuse, NY (unless of course, it is coming pony express). Ordered product on June 12th and shipping label has not even been created. Haven't received the product yet (obviously) but I am extremely unimpressed with this seller already. Good thing there is a similar product on Amazon that I can get in two days if this never makes it to New York.

I had bought a blanket, was told it would arrive in May 26. Did receive the update that the shipping was created on the 21 and then nothing. No email saying the package would be late. Not sure why it took 2 weeks just to create a shipping label.

Like everyone else. Package never arrived. Won’t answer my emails. Tracking number they gave me does not exist. Will never order from them again. I’m out 100 bucks and shame on Walmart for letting them sell on their marketplace

Do not order from this company. It took a long time to get my order. My items were horrible! They were cheaply made and junk! Shame on you Walmart!

I wish I would have read reviews on 3DeKor before making my purchase. I have tried to contact them regarding my purchase and they continue to have the same response, contact Walmart. Hello Walmart, there are so many bad reviews on this company, why do you continue to do business with them? 3DeKor does NOT even deserve 1 star! Don't waste your time!!

Same as everyone else. Ive lost $125 to this rip off company with no merchandise. Walmart refuses to refund and my bank sided with this crap.

Ordered on 1/10. Sent email on 1/20 asking where my order is...immediately got email that they JUST shipped it...STILL no order. It is the 26th!

Ordered an item on December 10th, 20 days later on December 30 still don't have the item. Shows location of company, no info. on the starting usps having received the package yet and a delayed status with no info provided

TERRIBLE. Never order from them. Ordered for Christmas- never got it- never got a response when asked for order status. Walmart should remove them as a vendor. Shame in Walmart and shame on this company.

I ordered some stuff for my wife, kids and mother in law for xmas on 11/20, more than a week later it still says "preparing package", or something to that effect and I NEVER get ANY updates!

Says my $ went to some fake co. up in Wortham, Mass.

It is probably just a P.O. box or fake address where these scammy, lying, greedy gook thieves get my $ sent, but in actuality, they have nothing and never plan to send me anything!

I WISH sites would tell us when they are just greedy gook thieves!

This sort of thing happens a lot on ebay, amazon and walmart, because those greedy joo owned corporates don't really care who sells thru their rip off sites!

And if you DO ever get something, I'm sure it will just be a bogus knock-off, like some items my wife and I have purchased thru amazon and walmart!

Bogus/fake/knock-off's seem to be all gooks are good for, oh yeah, and stealing our $!

Very upset!! same thing as all of the above reviews , multiple chats daily for 2 weeks straight w/ Walmart.com . Ya know the funny thing is this company is on amazon and I ordered the same product from this company on amazon and it arrived in 2 days , so when I got it I ended up needing a longer size shower curtain but wanted the same exact one , exempt Amazon didn’t sell the longer sized curtain ,so I found the curtain on Walmart.com in the longer length from this company same as the one o bought from them on Amazon . Had to get a refund today , almost 3 weeks later no package , they ignore emails and phone calls and messages . Im calling the FTC now .

HORRIBLE 3RD PARTY SELLER! don't buy anything from Walmart that is made by 3DeKor LLC. I actually got my item unlike most of you, but tried to return. I sent emails to [email protected] every day for 2 weeks but didn't get 1 reply! that's $50 down the drain!

SAME STORY! Ordrred 8.7.20. Order was to be delivered on 8.17.20. Shipping label was created on 8.17.20 for arrival on 8.22.20. Called Walmart. Refund issued. No activity shows up! So disappointed. I am redoing my granddaughter's room. This was supposed to be a perfect surprise. I guess I was the one that got surprised! One star-no option for 0 stars