Based on 57 customer reviews PHOTON SERVICES LLC is rated 1.0 out of 5. They have been selling on Walmart Marketplace since 2019. They sell Mgaxyff, Walfront, LYUMO, Dilwe and LAFGUR products in Home, Auto & Tires and Home Improvement categories.

PHOTON SERVICES LLC contact information, cancellations, returns and exchanges policy, estimated shipping times, and shipping information might be available by contacting PHOTON SERVICES LLC. Their contact information including business name, phone number, address and email might be available here. If a seller is not responding to customer service, returns, refunds and other issues contact Walmart.com 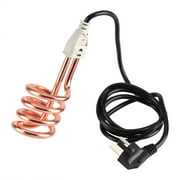 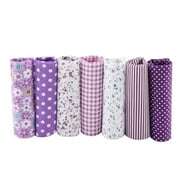 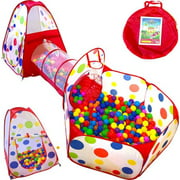 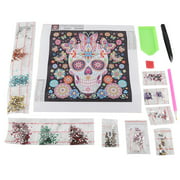 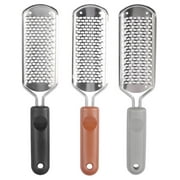 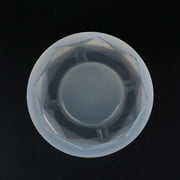 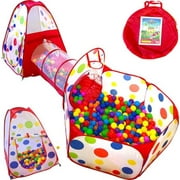 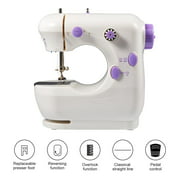 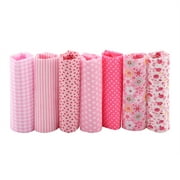 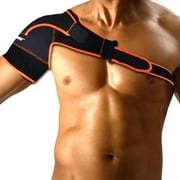 After one week, papers show delivered to carrier same day as 'In Transit" however; item still shows not delivered to carrier in Orlando. I could have walked to pick it up. Now the lies start. After 6 days; I requested to cancel order and requested full refund. I started getting the Asian seller runaround to wait and see what happens, then after several attempts I contacted the hard to communicate Walmart.com to explain. Rep stated he requested from seller followup and requested refund. I started receiving emails from seller to give me 20% refund to settle issue. AFter my third reply I would not accept anything less than to cancel order and refund full amount.

Contacted Walmart.com again; I guess they read all the corresponding emails and decided to give me refund which I received posted to credit card 7/13/2020

My experience with Ebay and Amazon.com relating to some Asian sellers that start the same negotiating is my investigating found 56 companies located at the same building in Orlando, Florida. I have not checked to verify if this is also the case but Orlando must be a hub for this type of selling.

I did appreciate Walmart.com positive results in finalizing this problem for me.

I also bought something so I actually thought I was buying from Walmart.com come to find out I bought it from these idiots I was asking politely if I can just request for a refund because these idiots sent the item I bought to Ocala,FL I live in JACKSONVILLE,FL now I'm over here arguing with someone over a refund never again will I ever make this mistake again this is flat out ridiculous that I have to sit here and fight over my money when someone couldn't do their job right and send it to the correct address.

Was delivered to a totally different address, no where near me!! Shipping address was correct with Walmart, but this company sent it elsewhere!

I have been scammed by these mfs as well. I’m highly pissed because I keep getting these generated emails asking if I want a refund. HELL YEAH! I received a message that the package was delivered in Bloomingdale, Ga. WTF! I am taking all steps necessary to get my money back. If I have to sue them & Walmart. This is unacceptable.

This is the worst company, Walmart shouldn't allow this.. I order something and they said they deliverd my package but I never receive it. They didn't even give me the location. It was at a another city and a strange location so please don't order anything from this company. THEY ARE SCAMMERS!!!!!!!!!!!

Does anyone affiliated with Walmart actually check the negative reviews on the market place the same way they do for instore purchases? This seller has done the same thing to, what appears to be numerous buyers. By all accounts they have been getting away with such shoddy business practices through Walmart Marketplace, for better than a year and still, good, hard-working people are being subjected to this appalling companies deceptive, misleading, and potentially bordering on illegal, dealings. This seller should be banned from this outlet, if for no other reason, than the interest in customer satisfaction. If the "good" people at Walmart valued electronic customers as much as those who frequent their brick and mortar stores, this "associate" seller should be fired.

if your Wal mart order is shipping from them cancel. You’ll never get it.

Very in professional and in organized.

Don’t even deserve a 1 star

So wish I would have read the reviews before I ordered. MY order was shipped to the wrong address, like everyone else, now its shipped out again and again has not arrived. Walmart better get rid of this seller.

I ordered seeds on April 26. It was sent to the wrong address. I'm still waiting for the replacement order.

Hello All, I am going through the same issue that you all are going through. Walmart's policy is that they will not debit your card until the package is shipped. The vendor immediately indicates shipped, provides some bogus tracking number so that Walmart will debit your card and send this company your $$, but in reality, the product is never shipped. The tracking number you all think went to another address - might not be your package in the first place. They wait until you complain and offers you a refund. Is that what Walmart really wants?

Same experience. I live in NJ. My item started out in Jamaica NY 11 days ago and is now in a USPS facility in Los Angeles, CA. It's now on the wrong side of the country. I can't believe I fell for these scammers. I emailed them and got the same response, "Thanks for your message. After checking, there is a little delay about the parcel. It will arrive you in 4-5 days. Could you please kindly wait 4-5 days." The poor grammar used makes me wonder how sophisticated this operation is. Maybe my packages final destination will be Wuhan, China.

I blame myself for not checking the reviews before purchasing an item from them. I also called Walmart customer service, waited 2 hours (which is the customary wait) and got hung-up on with only 5 more minutes to wait. I thought Walmart stood behind their products, even those sold by 3rd party venders like Amazon. I give Walmart customer service 1 star as well!

I ordered the item from photon services thru walmart, it says package delivered but NEVER got the item. I emailed them but never got a response. I tracked the package it has fedex tracking number but delivered by usps? And the status was delivered in Westbury NY instead of White Plains NY address? I am shocked to see and read all the reviews with all the same issues. Rip off! Bogus seller and scamming people big time!

I ordered single use gloves. The gloves were sent to the wrong address over two weeks ago. I have had three emails from them, all stating the same "Thanks for your contacting here After checking the tracking information we feel sorry for there is a little delay for the item shipping due to the COVID-19 As you know, the shipping is indeed out of our control but please don't worry we will take full responsibility could you please kindly wait 5~7 days Waiting for your reply Regards ".

After reading all the comments below, they are a scam. I am demanding a refund from Walmart. If this doesn't work, I will contact my credit card company and stop the payment.

I have had the same problem. The order was sent to an incorrect address. I have demanded a refund.

Scamming during a pandemic , picture says youll receive 5 but if you go read the description all the way on the bottom it says 1. Wtf no one goes thru all that info for basic things misleading info trash service

1. On the catalog page, I was told item would arrive on a certain date. When I hit the submit button for the order, the date mysteriously changed to 5 days later.

2. The seller put a completely wrong address on the package. It was sent to a town about 50 minutes away from my location. The numbers, street name and zip code were all wrong (and possible the recipient name as well, but I do not know what name even appeared on the package).

3. After tracking said out for delivery for several days, I went to the post office 50 minutes away to check on the status and was told the address the package was sent to had a forwarding address filed, but they could not tell me what the forwarding address was.

4. 1 day later when I checked tracking I saw where the package was being sent back to California from where it came (I live in Florida).

5. I went to my local WalMart to seek a refund for my order and they refused to help me because it was a third party seller, even though they will issue returns for third party seller goods. The problem is I never got the goods.

6. I called WalMart customer services and was told they would call me back in 2 hours. About 3 hours later they finally called me back. The representative on the other end refused to give me a refund and said their policy was to contact the seller and have them contact me. I told them that was no good and that I had already tried to contact the seller (which I did) with no resolution. I told her I needed my refund immediately. She told me she would have to redirect me to the department that could help me. It would take 5-10 minutes of hold time.

7. After over 20 minutes later, someone finally picked up. I went through the whole story with them again. Still this person repeated the same policy and refused to issue me a refund. They told me to give it a day and if the seller did not contact me to contact them back. I said "and wait another 2 hours again" and she said "yes".

8. The seller sent me an email about 2 hours later saying that they did not know what happened with the package and blamed the problem on the shipping company. They said they have sent out another package to me and to wait 5-7 more days. I responded back saying I want an immediate refund or I will go to the Better Business Bureau.

I plan to contact WalMart later today and expect a refund from them. However, this gives me a very poor view not only of Photon Services, but of WalMart itself for allowing them to be a seller on their marketplace. I may file a complaint with the BBB on them as well.

I kept checking the tracking, but it never came up. So a RED flag went up.

I went out and searched this company name. And here I am.

So I went back on Walmart.com and contacted the Seller Phonton.

That was in the AM. At 9 o clock at night I got a email back from them. Here it below. Read this and tell me this isn't some hacker in some foriewgn country.

I have called my bank. Canceld my card used and have them watching that sale of $55.51. If it goes thru we will open a FRAYD case against them. My absolute disgust is with Walmart. Don't they check this Marketplace vendors out? Well they will when I get down contacting them.

Walmart goes to the bottom of my list of companies I will do business with. Along with CHINA.

Absolute SCAM. “Delivered” to wrong address and will not contact me back.