Based on 24 customer reviews EFTRADING is rated 1.2 out of 5. They have been selling on Walmart Marketplace since 2017. They sell COVERGIRL, Intex, Goody, WOLF-Garten and Organ products in Home, Home Improvement and Auto & Tires categories. 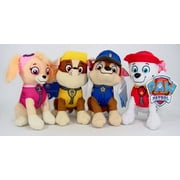 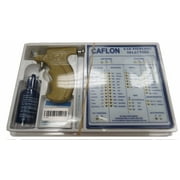 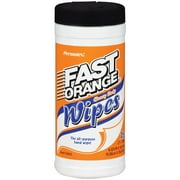 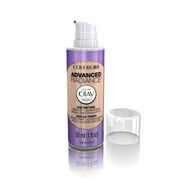 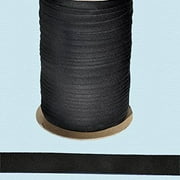 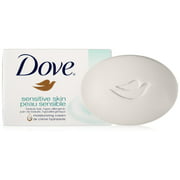 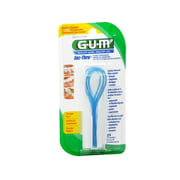 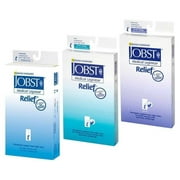 THEY SENT ME THE WRONG COLOR FOR T-SHIRT BAG IT SHOULD HAVE BEEN BLACK ANDI GOT WHITE...I DID CONTACT 408-214.0667 AND SPOKE TO C/S REP AND HE WILL RELAY THE INFO TO EF TADING FOR A REPLACEMENT WITH THE CORRECT COLOR......HOPEFULLY

DO NOT ORDER ANYTHING FROM THIS COMPANY. I CAN'T BELIEVE THAT WALMART DOES BUSINESS WITH THEM. I ORDERED RIMMEL EYE LINER , IT CLEARLY STATED 2 PER PACK IN THE DESCRIPTION AND I RECEIVED 3 SINGLES. I EMAILED BOTH WALMART AND EFTRADING ON NOVEMBER 7. THE RETURN EMAIL STATED SOMEONE FROM WOULD CONTACT ME WITHING 24 HOURS. WELL 4 DAYS LATER STILL NOTHING. I TRIED TO START THE RETURN PROCESS AND THE EMAIL STATED WITHING 3 DAYS I WOULD HAVE INSTRUCTIONS ON HOW TO SEND IT BACK. WELL , STILL WAITING ON THAT AND NOW IT'S DECEMBER 27TH.

I HAD THE CHARGES REVERSED ON MY CARD STATING FRAUD , BAIT AND SWITCH. DO NOT BUY ANYTHING FROM THIS COMPANY.

TOO BAD WE CAN'T GIVE NEGATIVE STARS!!!!

Terrible. Order was to be received by 10/31/2019. Almost a month has gone by no response other than to ask if merchandise was damaged. Told by Walmart I would hear from company within 24 hours that has yet to happen(tried 3 times). That is the only way to get in touch with this company beginning to think they are BOGUS/SCAM. Trying to get refund....... I may have to write that off but filing a formal complaint with head office at Walmart and Consumer protection and will definitely let people know not to order anything from this company

ON 7/20/2019 I ORDERED FROM WALMART.COM A BOTTLE OF SALLEY HANSENS NAILGROWTH MIRACLE FOR $9.59. IT WAS THRU THE MARKETPLACE CALLED PHARMAPACKS WHICH I HAVE DEALT WITH BEFORE. I RECEIVED MY PACKAGE ON 7/24/2019 BUT IT WAS THE WRONG POLISH. INSTEAD I RECEIVED SALLEY HANSENS ADVANCED HARD AS NAILS, NOT EVEN THE SAME COLOR OF BOTTLE, WHICH WAS CHEAPER IN PRICE. I IMMEDIATELY NOTIFIED WALMART.COM AND WAS TOLD TO EMAIL EFTRADING. NO REPLY TO MY EMAIL SO CALLED THEM. WAS TOLD BY THEIR CUSTOMER SERVICE I WUD RECEIVE A RETURN LABEL WITHIN 24-48 HOURS. LONG TIME TO COMPOSE A RETURN LABEL. HAD TO CALL AGAIN AND GOT THE SAME STORY AND I EVEN TOLD THEM THIS WAS A 2ND ATTEMPT. WAITED AND CALLED AGAIN, SAME RESULTS. REPEATED THE STEPS OVER AND OVER AGAIN. AS OF TODAY. 8/13/2019 I HAVE HEARD NOTHING FROM EFTRADING. I AM TAKING THIS NOW TO WALMART AT OUR LOCAL STORE AS I DID PAY MY MONEY TO WALMART AND THEY SHUD BE RESPONSIBLE TO REFUND MY MONEY. I DO NOT RECOMMEND DEALING WITH THIS MARKETPLACE THRU WALMART AS THEIR CUSTOMER SERVICE REALLY SUCKS!!! NOW WE WILL SEE IF WALMART WILL BE RESPONSIBLE FOR MY REFUND. THIS IS A 0 STAR REVIEW!!!

Well I ordered 2 aprons from E F Store through Walmart. I paid $7.59 each for the aprons for a total of $15.18. There was no tax included and the shipping was free. I received it timely; however, when I received it, it did not come from the EF store but from the company that make these aprons. Miami Home Fashions International Inc. . The packing slip showed the price to be $4.50 each or total of $9.00. I looked up MHFI and they do not charge shipping on their orders. I think the EF store take your order, then placing a order on the item you are ordering through another company and charging you double. The other company ships directly to you.

Makes me hate Wal-Mart even more! If you buy from walmart site they should TAKE IT BACKand Deal with all the BS. Trying to Return to 3rd party what a pain in ass! Watch when you order from Wal-Mart. Com. ZERO ZERO ZERO ZERO STARS!!

Avoid their EF Store affiliate! My CC info was compromised and the item was delivered to an address across to the other side of the Country. Walmart has had the opportunity and plenty of time to resolve this reoccurring problem long before I was hit. That's all.

WOW! What a scam. Please, do not blame Wal-Mart. It's EF Store who is a shame. I ordered a router & it clearly showed my home mailing address on the order. They shipped it to a PO Box in another state! I found out by tracking it. I called Wal-Mart, they placed me on hold & connect me with a rep. from EF Store. He said they have my router back at their warehouse & he apologized & will issue me a full credit. I said I didn't want a credit just reship my router. He said no I am sorry we can only give you a full refund. Again, again & again I kept saying no..no..no just ship me out my router. He kept saying all 5 times I can only give you a refund. I then say no & I am going to call back Wal-Mart & complain. I called back Wal-Mart & told what happened. She then was going to reach back out to him & asked for him to reship it. I said no, don't waste your time he isn't going to do it. She then said she would have a manager call me later in the evening & I said ok.

Next morning I woke up & seen in my email box an email from Wal-Mart giving ma a full refund! Guess what it said in my refund. "Customer changed mind"...LOL I then called Wal-Mart once again only to find the rep explained to me they are only given a few option for a reasoning & they chose that one. I said look, go through my calls to you & show me where I said I wanted a refund. I said I would like to speak with a manager. He said he would pass me through corporate. I said even better. After about 3mins. I spoke with an awesome...Awesome guy name Connors. After I explain to him what a sham this was & how I didn't know they were working with a 3rd party, Connor took it upon himself to give me another router from Wal-Mart & gave me a gift card to compensate my ordeal.

I am getting my new powerful router by next week. Wal-Mart did came through but.....However I said I want an investigation on EF Store & keep me in the loop of the investigation. Connor assured me I would be involved with this ordeal. Wal-Mart need to sue EF Store.

Thank you Connor & Wal-Mart for at least making me happy. I'll keep shopping at Wal-Mart

I bought from this seller through Walmart and the item was sent and delivered on the doorstep of someone in Tennessee and I’m in California which is so bad. Sounds like I’m not the only one this has happened to. I’m afraid to buy from Walmart online now I might not get my item.

Not surprised at the reviews. Placed an order and tracking said it was delivered to OKLAHOMA, I live in NJ. Walmart issued me a credit but after reading the reviews I will look elsewhere.

DO NOT BUY from them! I ordered on Wal-Mart site, thinking it was legit. However, I received 1/3 of my order. I've been emailing back & forth for weeks, but the emails never address MY issue, just annoying generic responses that don't apply. They will not provide a phone number. Just getting the runaround. TERRIBLE, INFURIATING SERVICE! ZERO STARS!

Placed order through Walmart and never received the item. Says it was shipped to Virginia, I live in Florida.

What a scam. I'm reaching out to Amex to credit my account.

Product ordered on Walmart.com; once I waited for tracking email stating item to be delivered in 10 days; did USPS tracking; item delivered to a Los Angeles, CA 90044 individual not in Michigan where it was to be delivered. I cannot believe they lack basic geographical comprehension. I sent email to Walmart & this EF Store..they are crediting my card, product no longer available and the reason for credit by EF was 'customer changed mind'. Customer has filed complaint with USPS Postmaster General, Michigan Attorney General consumer protection division & MasterCard...customer will not change his mind on this!!! FRAUD

Buyer beware! Ordered items through Walmart.com and got these jokes. Shipping & billing address Florida but sent my items to Chicago....unable to resend as now they are “out of stock”! Did give refund ( which can take up to 2 billing cycles to get money back)....then listed refund reason as “buyer changed mind”...seriously! I really needed the items I purchased for my husbands work!! NOT REPUTABLE! NOT RELIABLE!!

There a scam they steal cc info

Ship item to themselves or relatives

I did a report to sue Walmart for allowing these people to use them as a cover up I also reported to police the address the item was sent to!!!!

Received the wrong item. They will not expedite the correct item and I am left wondering if I will ever receive it.