Based on 21 customer reviews Atomic Cellular is rated 1.0 out of 5. They have been selling on Walmart Marketplace since 2017. They sell HP, Dell, Acer, Toshiba and Motorola products in Electronics, Seasonal and Walmart for Business categories. 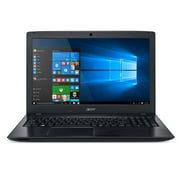 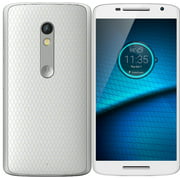 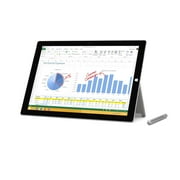 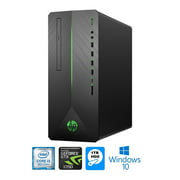 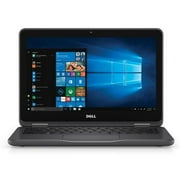 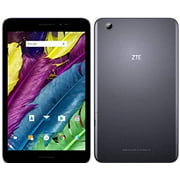 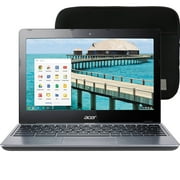 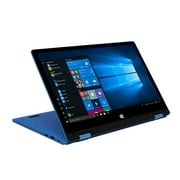 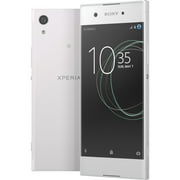 In may 2020 I ordered 2 i7 computer laptops 2.6 gighz from Walmart via Marketplace. I received 2 i5s instead with 2.3 gighz processing speed and I'm pissed off. After reading these reviews I'm relived that we got anything that we paid for but I'm sure the i7 price is different than the i7 so I want the money difference back. During a pandemic and I'm good at getting things sorted BUT I WILL NEVER BUY FROM WALMART AGAIN IN THE FUTURE. STAPLES, OFFICE DEPOT or QUILL.

This is not a review for the computer as I never received it. Buyer beware that this laptop is sold through a third party buyer, Atomic Cellular. It appears as though they purchase refurbished items off of sites like ebay and sell them at increased cost through retailers like Walmart. When I opened my package I saw immediately that I was shipped a completely different laptop than the one I had ordered. Apparently Atomic Cellular does not provide exchanges so I had to return the laptop to them and am crossing my fingers I actually get a refund.. I have now been without a laptop for almost a month due to this roundabout and extremely frustrating process. I am writing this to hopefully save someone like me, who did not do enough digging, from this sort of hassle. After looking at the reviews for Atomic Cellular I am surprised Walmart would want to continue to do business with such a messy company that appears to have a long history of messing up orders and being hard to get in touch with. Save yourself the time and money and buy your refurbished laptop elsewhere. Walmart offered me a $25 gift card for my troubles but that was the extent of their help.

OMG I BUGHT A LAPTOP FROM ATOMIC .. FROM WALMART WEBSITE.. OMG IT CAME ALL NASTY USED SCRASH WITH MISSING PARTS NOW WALMART WON'T GIVE ME MY MONEY BACK AND THEY AREN'T ANSWERING MY CALLS OR NOTHING..

Atomic Cellular is the underbelly of the resell market. Horrible people running an awful company. Stay away from these loser @ all costs. And WalMart should be ashamed to partner w/ them Tome

My order was cancelled after asking why shipping was taking so long. I believe they cancelled my order as retaliation for me daring to question them. No communication. Poor customer service. Walmart should not have them as a seller on their site.

I will never buy anything from this company. After canceling my order and getting Walmart involved they sent an email saying that the order was already mailed. Liar! The UPS website states label was made but NOT received by UPS. Charged my card status still unchanged. Will get bank involved. Messages left by Walmart and myself. I have also emailed them with no response.

Ordered a laptop to only receive a totally different one that is actually cheaper than the one I originally ordered and to top it off it was locked with a password. Rip off!!!!!

Ordered a supposed new unlocked cellphone on walmart, paid through paypal. Heard nothing for 5 days. Got an email from walmart saying the order was cancelled. I spoke to walmart "customer service" asking why was it cancelled, as I never requested to cancel anything, and told the seller (Atomic Cellular) "accidentally" cancelled the order. I told walmart I never cancelled anything and want what I ordered. Told to order the item again and that it won't be cancelled again. Went to the link for the same phone, only to discover the price had changed (gone up by about $30). I contacted walmart again and was told they will contact the seller to adjust the price and I will get an email with the new invoice within 24 hours.

2 days after that, with no response, I contacted walmart again, and had to explain the whole thing again, only to be told the same thing as the first agent; that I was the one who cancelled the item. Well, I never did. I ask for proof and they just offered to send me the same email I got saying the order was cancelled. I asked what happened 2 days ago when I was told walmart had spoken to Atomic Cellular and will get back to me, and they told me to call Atomic myself and they had no response to my enquiry. They then sent me a link to "similar" phones, and not the same phone. Oh, and ofcourse the link to the same phone, which had gone up in price, was now no longer available.

Walmart transferred me to their "resolution" department and after explaining myself again, the only "resolution" or explanation they could come up with was to call Atomic Cellular myself...

Needless to say, I should have researched this scuzzy seller before wasting my time and money. I was surprised that a big known company like Walmart had vendors like this representing them and having no penalty or accountability when they screw over their returning customers.

I will not be giving my time or money to Atomic Cellular OR Walmart from now on.

You have been warned.

It's been over 2 months since I paid for a cellphone STILL HAVENT RECIEVED IT,NOR CAN I CONTACT ATOMIC CELL TO GET A REFUND, I WILL NEVER BUY FROM WALLMART.COM/ATOMIC CELLULAR NOR WOULD I RECOMEND THEM TO ANYONE IVE ASKED SEVERAL TIMES FOR REFUND or send me another phone, it's a BIG SCAMDONT ORDER A THING FROM THESE CROOKS

If you are buying from Atomic Cellular, save yourself time and money by going directly to eBay. As a previous reviewer stated, they buy products on eBay and have them shipped directly to the Walmart buyer. Purchased a $300 laptop from them and received a box with an eBay invoice showing they paid $100 less for an item that was not near as "refurbished" as they claimed. They not only screw over the buyer on Walmart but also the sellers on eBay. After finding the item listed on the invoice on eBay, the eBay seller had described the laptop exactly as it appeared when it arrived but was not even close to what Atomic Cellular described on their Walmart listing. What is worse, is that returning it through Walmart did not affect Atomic Cellular at all because they took advantage of eBay's not as described policy to force the eBay seller to cover return shipping costs as well, even though the laptop was EXACTLY as the eBay seller described, just not as Atomic Cellular had described on Walmart.

Don’t bother. Your product will arrive unusable and contacting them is like pulling teeth.

Atomic Cellular is a drop shipper. They sell products they dont have on walmart and then try to buy them on ebay at a lower price. The problem is that the people who work at Atomic Cellular are bad at buying the same product they advertise and often buy total garbage that ships directly to the customer without ever confirming if it is the correct product or if it even works.

All I can say about this company is horrible horrible horrible. Order a laptop was supposed to be shipped and arrive by Dec 10. Still don't have it. They don't respond to emails and don't seem to read all of their emails. Finally gave up and canceled order. Now just waiting on credit to my account. DON'T BUY from this company!!!! Not even worth one star!

I ordered 2 refurbished chrome books for my boys and only received one. So far it works just fine, but again, I only received one. I chatted with a Walmart rep and they said I would be contacted by Atomic. The next day I received an email from Atomic but it was about a returning a Chrome book. I replied that it wasn't a return and that I received one instead of 2. It's been several days and I have not had a reply from Atomic. I just contacted Walmart again this evening and they said I would have contact from Atomic within one business day. I will keep you posted.

i bought a chromebook for my sons birthday on the Wednesday before black Friday we thought we were buying it from Wal-Mart.com but when it arrived it was taped with eBay tape and bubblewrap no charger we then realized it didn't come from Wal-Mart .com at. all but from a third party as soon as we tried to use it it crashed and said chrome os is missing or damaged and it won't do anything. it was broken when we got it and we can't get anyone to contact us back this is bull%!÷× the Wal-Mart ..com site is misleading because we were not aware it used third and fourth parties to sell on their site just any piece of crap they want to and broken items as well and refurbished stuff also I wish I could put a negative 5 you don't deserve any stars for what you have done how can you do this to people and be ok with this especially when kids are involved. i hope you and Wal-Mart. com lose your bussiness ends I hope this review stops anyone from buying from you BUYER BEWARE DON'T BUY FROM THEM OR WAL-MART.COM

Worst experience ever. Ordered a nexus tablet. Its was a walmart "special purchase." Actually it was an intentionally misleading add for refurbished equipment. Atomic cellular threatened a restocking fee for the return. I told them they lied in the add. Two months of chasing them to get a refund. Walmart lost out too because I refused to buy anything from until it got resolved. Walmart pick better vendors. They would have kept my money if I hadnt stayed after them.

I ordered a Chromebook from Walmart.com . I received it and it looks like somebody boxed up an old one they had and shipped it to me. No warranty information. Cords just down in the box. Fingerprints over the screen and everywhere. I have tried to contact them on several occasions through Walmart.com but they say they cannot do anything. I talked to local Walmart who says they can't do anything. This is the worst experience I have had. If you could rate them in negative numbers I would.

Atomic Cellular sent me the wrong item and it turned out they didn't even have the item they were advertising on Walmart.com. Then, even though I returned the unwanted item immediately (they had it back in their possession within two days), they would not refund my money until I persisted with follow-up emails stretching over weeks. Made multiple promises they did not keep. I suspect they were hoping I would just forget-and-go-away so that they could keep my money. Very dishonest. Would never recommend.

I ordered my refurbished I-Phone and it has problems, I contacted Wal-Mart who I bought it from and they have notified you several times, and you are supposed to contact me within one day. This still hasn't happened. I would not recommend your company to anyone, and I am very disappointed with your company and your refurbished I-Phone which is still under warranty at the time I contacted you via Walmart.