Based on 13 customer reviews ARTIWCARE LLC is rated 1.0 out of 5 stars. They have been selling on Walmart Marketplace since 2021. They sell Craig Frames, Rubie's, Amscan, Basics and Design Toscano products in Home, Toys and Health categories.

ARTIWCARE LLC cancellations, returns and exchanges policy, estimated shipping times, and shipping information might be available by contacting ARTIWCARE LLC. Their contact information including business name, phone number, address and email are unavailable. If a seller is not responding to customer service, returns, refunds and other issues contact Walmart.com 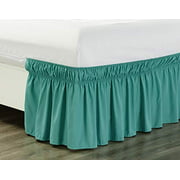 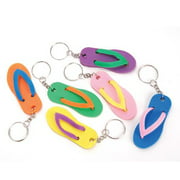 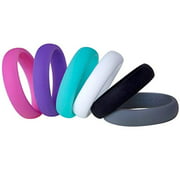 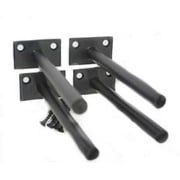 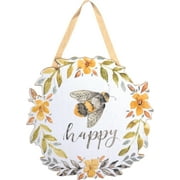 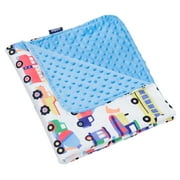 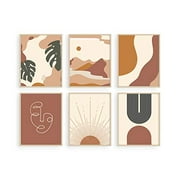 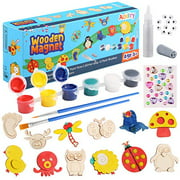 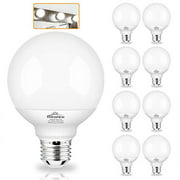 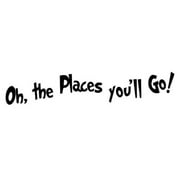 Don't do it. No delivery, no return emails, no return phone calls. No refund. Bogus company!

You are horrible. You sent my order to the wrong address and I am still waiting for a credit. I also have disputed the charge on this order. STAY AWAY FROM THIS SELLER.

As others have said, I would also give 0 stars if I could. Wamart told me they would review this seller based on our feedback, hopefully they will not be able to sell on the marketplace soon! (BTW Walmart needs to improve their "Compare all sellers" button UI for the marketplace ASAP so users can easily see the customer ratings of all product sellers without having to click on each of them. As of today, the star rating only shows up for the default seller for the product)

I ordered a set of pots and pans (Wed, Aug 11), after several days of delays, FedEx told me it had been delivered (Tue, Aug 24), I first checked my porch and my neighbors. I received no response from the seller after 48 hours. It took me at least three calls to FedEx before they informed me that someone named "TMEDLINE" signed for the package. Then, after having FedEx "review" what happened to the package for three days or so, they informed me that the package had been delivered to an Amazon Distribution center. Walmart then sent their own email to the seller, so I had to wait another 48 hrs before I could finally be eligible for a refund. Finally got the refund! (Sep 1) What's frustrating is that the set of pots and pans I ordered has sense increased another $30 than when I first tried to order it. The other frustration is that multiple Walmart customer service reps assured me I could use "price match" to purchase the item from their marketplace even if it cost more. However, when I actually tried to use the "price match" service, Walmart informed me that it had to be "sold and shipped" by Walmart to qualify. Makes sense. I just wish I was better informed earlier.

My guess as to why FedEx did not tell me all the information the first time I called, is that my address was different than where it was addressed, and so perhaps they didn't want to give me too much information until I called back a number of times??

My most optimistic guess as to why this seller is sending to the wrong address, is that it's just honest mistake and they are not able to keep up with everything including communications. My most pessimistic interpretation is that they are sending to an Amazon Distribution center in order to sell the product again under a different name. (BTW turns out that there is a "Medline Industries" next door to an Amazon distribution center in Wilmer, TX. If I were an investigative journalist, I'd want to travel there and ask some more questions. The travel history said it was delivered in Dallas though.)

What I don't understand is why Walmart does not find it a red-flag that a FedEx can legitimately deliver to an Amazon Distribution center's address and not the final customer's address. I get that sellers also use Amazon to send their packages (apparently Walmart even does this). But the FedEx package shouldn't say "delivered" until it's actually at the final address, not some secondary address. As long as Walmart allows FedEx to do this, they will lose money refunding customers because of scammers who exploit this ambiguity. Walmart should have a way to verify that a FedEx tracking number has a way to track a package to their customer's address.

Wish I would have read the reviews first. Did not get my pkg, said delivered by fedex to Kansas City, I don't live there. Wish I didn't order from this company, what a pain and this was a gift that never showed up. If you really want to order from this company call them, you will see the phone is out of order, that should stop you from ordering from them.

I would rate them a 0. They didi not deliver my package. I contavted Walmart and they said Artiwacare would con tavt me and replace my oder. That has not happened, But my card was charged!!

I agree with the other reviews. I ordered an item for my best friend's birthday. It was supposed to deliver on 08/25. I received a delivery notification that it was delivered on 08/20. I called my girlfriend and she never received it. Today is 09/02 and she still hasn't seen it. She has also checked with all of her neighbors. So, I now have to order something else and the deal with whatever people I can get a hold of to get a refund. I am SO DISAPPOINTED that my girlfriend never received her birthday gift. Artiwcare, LLC should be SHUT DOWN!!!!!

I ordered two lamps. I received a tracking number and when it showed delivered and I couldn't find it, I called FedEx. They said it went to a hospital, not my address. Still waiting for a credit from company. Two weeks is more than ample time. Don't do business with them

0 stars if I could. This company is a scam. I thought because I was going through Walmart they had been screened. Not the case. Received email stating package was delivered and signed for when in fact it wasn't. I contacted Fed Ex and the name and address on the shipping label was not mine. They couldn't give me the name or address because of confidentiality. Fed Ex also couldn't open a claim because too much time had passed. I'm sure Artiwcare knows this because they are the ones that said to wait 2-3 business days before reporting it wasn't delivered. I will be heading to my bank to report fraudulent charges. Buyer beware if you choose to order from them.

Same story. I placed a order through Walmart. When they said they shipped the order and it was delivered by FedEx. I was home when they said it was placed by my front door,the FedEx truck was not in the neighborhood.When I called FedEx they told me the package had a different address on it.After waiting the 48 hours for them to respond Walmart gave me my refund. Do not place any orders with this 3rd party company. They are scammers!!!!

This seller is a scammer. Same experience as others. Placed an order, got a shipping notification, followed by a delivery notification but never actually received anything. FedEx tracking shows the item was delivered but it clearly wasn't shipped to my name. Upon contacting customer support, they send me the below response.

"Hi, Good day! As per checking, we encountered an unexpected and rare problem with completing your order. At the time of your order’s shipment, we discovered that there was damage to the item’s box and potentially to the unit as well. Our customer satisfaction is our highest priority and for that reason we decided not to send you the potentially defective unit. We regret to inform you that we will not be able to fulfill your order until the unit comes back in stock. We will issue you a full refund back to your original payment method and please be guided that it will take 7 business days before an amount will be posted back to your account. We’re extremely sorry for this inconvenience. Thank you and stay safe always. Sincerely, Sweetcil ARTIWCARE Customer Service Specialist "

I would not buy from this seller. They said they mailed an order and it never arrived and put it under a companies name so I couldn’t talk to Fedex about it.

wish I could leave a "0" review. Ordered twice same item and shipped to wrong address and name per Fed Ex, but says delivered to me. Bull!

If there was a rating less than one star I would do that. Their tracking said it was delivered on Monday - it wasn't. When I challenged that I didn't received it from FedEx and I was playing in the driveway during the reported delivery time, they suddenly said the package was damaged and could not be shipped. I contacted FedEx and they told me the shipping label did not have my address. So, the company lied to me - twice. My money was refunded but as a warning to others, do not purchase from this company - even if it's through another seller, like Walmart.com!